Jewish Werkdorp Nieuwe Sluis
On Nieuwsluizerweg in the Wieringermeer polder stands a large building popularly known as the Jewish Werkdorp. Older polder inhabitants still know from hearsay what this village stands for. The name ‘Jodenkamp’ (Jews’ camp) also evokes memories.
However, neither the beginning nor the end of this Jewish Werkdorp is well known. To begin with, the year 1933 is crucial in this history.

Germany
On 30 January 1933 Hitler seized power in Germany. He immediately put an end to the Weimar Republic, an incipient democracy, and established a dictatorship. 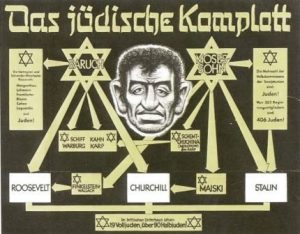 Right from the start his policy is characterised by violence and terror. He wanted to undo the humiliating results of the First World War for Germany and his policy of expansion directly targeted Central and Eastern Europe. He sees communism and Jewry (and especially the combination of both) as the great dangers to be eradicated. Many Jews saw the danger immediately and took measures; others realised that a decent life in Germany was out of the question. Many who can, flee.
In 1933, there were approximately half a million Jews in Germany – only 1% of the population – but by 1937, 130,000 had fled, including to the Netherlands.

Netherlands
The developments in neighbouring Germany are closely watched from the Netherlands. Some Dutch people applaud the developments, others quickly see that it will not end well.
In the newly reclaimed polder called Wieringermeer, the first farmland is ready for use. Various labour camps are abandoned by the reclaimers. This includes a few residential barracks near the hamlet of Nieuwesluis.
Now the wait is on for the leaseholders. The Wieringermeer management launched an extensive application procedure for them. Who would have thought that a year later the Stichting Joodse Arbeid (Jewish Labour Foundation) would be the first to sign a lease without this procedure?

The Jewish Werkdorp Nieuwe Sluis as a hakhsharah institution
Meanwhile, various hakhsharah institutions were set up in Germany. Those who have followed an internal preparatory course in agriculture there can obtain a Palestine certificate from the British government. This entitles them to emigrate to Mandatory Palestine. In this way, the British government keeps a grip on the number of immigrants it wants to admit. A future in Palestine was the aim of the Zionist movement. But as the social and economic position of the Jews in Germany was soon under threat, other Jewish youths also enrolled.

Soon after Hitler’s rise to power, the first young refugees, mostly for political reasons, arrived in the Netherlands and it became clear that something had to be done. The Dutch government hopes and expects that the stay in our country is an intermediate step.
Prof. George van den Bergh’s initiative, the establishment of the “Stichting Joodse Arbeid” (Foundation for Jewish Work), responds to this. The Foundation is looking for a place where these young people can prepare themselves for emigration through training, following the example of the hakhsharah institutions in Germany. Initially to Palestine, but other countries will also be considered. The hakhsharah institutions can serve as an example. Agriculture and cattle breeding are a major part of this training, along with metal and woodworking. Young men and women between 18 and 25 are the target group. The Committee for Jewish Refugees also plays a role in these developments.

After negotiations, the Foundation leases the first farm in the Wieringermeer, called “Oostwaardhoeve”, which initially measured 91 hectares. The Stichting Joodse Arbeid (Jewish Labour Foundation) keeps the name “Jewish Werkdorp Nieuwe Sluis”. In March 1934 a small group of apprentices arrive as quartermasters. They move into some abandoned barracks. For three and a half years, these served as accommodation for the excavation workers who dug the ditches and ditches. By the end of 1934, four barracks and a canteen stand close together around the Haukes House. The idea is to build a community centre as the centre of the Werkdorp, around which the barracks are built in a semi-circle. The opening ceremony took place at the beginning of 1937, and the Werkdorp took on its definitive form.
The Deventer Association as a individual hakhsharah institution
In the Netherlands, an organisation already existed that was engaged in similar training, but on an individual basis: the Deventer Association.
The following link provides more information on the Deventer Society:

There were many mutual contacts between the Palestine pioneers in Slootdorp and those in Deventer. This proved to be very useful later on, after the evacuation of the Werkdorp.