He is the youngest in a family of four children. His mother Henriette died at the age of 33 when Fritz was 4 years old. His older brothers Karlo Alfons (1912) and Max (1917) emigrated to Argentina in 1934 and 1935 respectively. His older sister Margarete (1915) followed in 1938. Immediately after Kristallnacht on 9 November 1938, Fritz’ father was arrested and imprisoned in Buchenwald camp for a month. On 21 December 1939 father Gustav – by then a widower for the second time – follows his children to Argentina.

Fritz had left for the Netherlands six months earlier (end of May 1939) and reported to the Werkdorp in early June 1939. In the Werkdorp he was trained as a bank worker. After the Werkdorp was evacuated, he found shelter on Uithoornstraat. After more than six months he moved to Jekerstraat as a neighbour of about ten other Werkdorp people at number 5. Fritz managed to stay under the radar for two years, but in December 1943 he was arrested and taken to Westerbork. After almost four months he is transported to Auschwitz. After five months of forced labour he was murdered on 31 July 1944. 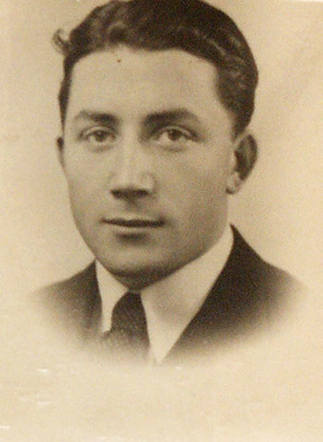