Gerda Bergmann was born on 17 November 1915 in Birkenheim. The village is located in what is today a Russian enclave on the Baltic Sea between Poland and Lithuania with Kalingrad as its capital.

She met Paul Siegfried Cohen in the Labour Village and they married on 29 January 1940. On the occasion of their marriage they left the Werkdorp and went to live in Wieringerwaard. In the autumn of 1940 they left for Baarn. Reportedly, they moved here 3 times. Gerda was arrested on 3 October 1942 and transported to camp Westerbork. Paul Siegfried was already transported to the Conrad labour camp in Rouveen at the beginning of July 1942. He arrived in camp Westerbork on 5 October. They were both transported to Auschwitz on 16 February 1943, where Paul Siegfried was killed after two months and Gerda immediately upon arrival on 19 February 1943. 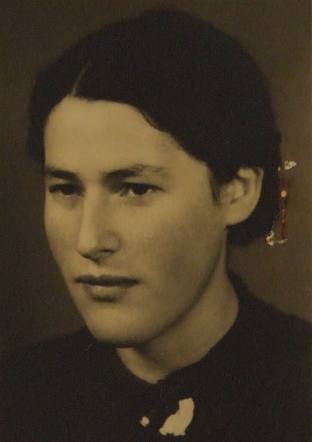