Hugo Sommer was born on 21 March 1920 in Königsheim, a small town 75 km above Schaffhausen. Together with his twin brother Albert, he came to the Werkdorp in February 1937. There he worked as a gardener. After the Werkdorp was evacuated on 20 March 1941, they and many other Werkdorp people were taken into custody on the Jekerstraat in Amsterdam. Albert and Hugo did not move to the Jewish Council Youth Home, they found shelter with the Salomons family.

Together with his brother, Hugo was put on the third transport to Auschwitz. One month later he was killed, just like his brother Albert, on 24 August 1942. Father Bernhard was arrested in 1940 and deported via Gurs to camp Drancy. On 8 August 1942, he was transferred to Auschwitz, where he was killed three weeks later. During those three weeks, Bernhard Sommer and his two sons were in Auschwitz at the same time. Whether they ever saw or spoke to each other is written in the stars. The fate of the twins’ mother is unknown. 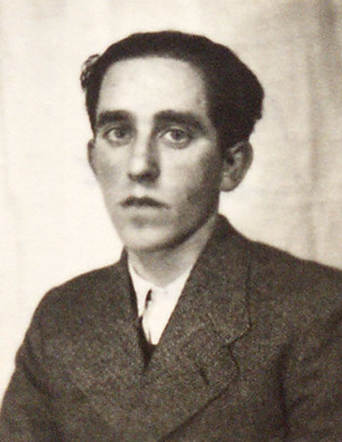