Isidor Mechlowitz was born on 24 September 1924 in Hannover. He has a younger brother David Dankfried (1926). Isidor and David fled to the Netherlands in a children’s transport within a month after Kristallnacht on 9 November 1938 and arrived in Amsterdam on 6 December 1938. At first they stay in the Zeeburg quarantine centre in Amsterdam, after which Isidor and David are given a place in a children’s home in Arnhem, at the Schelmseweg 93. A year later they end up in Driebergen. Then the paths of both brothers separate. Before the outbreak of the Second World War in the Netherlands, Isidor got a place in the Werkdorp. David had to leave Driebergen three months later – the Germans claimed Kraaybeek Residence – and was taken care of in the Orphanage on the Amstel.

At the Werkdorp Isidor was trained as a blacksmith. After the Werkdorp was evacuated on 20 March 1941, he was first received by the Obstfeld family on Zuider Amstellaan, now Rooseveltlaan in Amsterdam. Soon after the opening on 10 November 1941 Isidor, just like David, was given a place in the youth centre of the Jewish Council.

Isidor and his brother David Dankfried were on the first transport to Auschwitz and were killed within three months on 30 September 1942. Their parents manage to flee to England and survive. 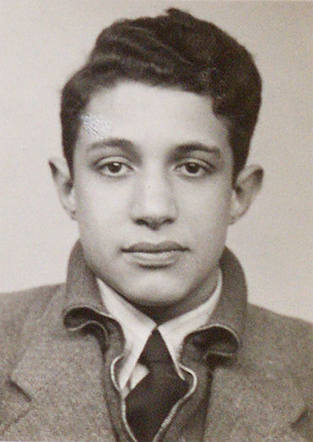