The other members of the family moved to Rotterdam on 16 February 1939. On 1 November 1939 his mother, brother Egon and sister Gerda went to Amsterdam. They go to live on the Oudezijds Voorburgwal and mother Marchand starts a business letting rooms. Father Otto had an accident and was admitted to the Apeldoornsche Bosch, a Jewish psychiatric institution.

After the Werkdorp was evacuated on 20 March 1941, both brothers moved in with their mother. On 11 June they were both arrested during the second razzia in Amsterdam and deported to Mauthausen via Schoorl camp. Herbert was killed on 3 October 1941, his brother Arnold more than two weeks before that on 18 September.

Mother Therese, Egon and Gerda were arrested on 26 May 1943 and taken to Westerbork. After a few days, on 1 June 1943, they were transported to Sobibor and all three were killed immediately upon arrival. A few months earlier father Otto, together with the other residents and part of the staff of Apeldoorsche Bosch, was murdered in Auschwitz on 25 January 1943. 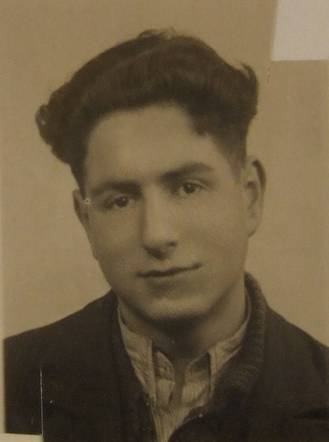