Kurt Lehmann was born on 14 September 1919 in Berlin. He had a younger brother Gerhard (1919). His father Hans Lehmann emigrated from Berlin with his sons to the Netherlands in early 1934. Kurt was 14 years old then. Father Hans Lehmann divorced his wife Hildegard in 1935. She committed suicide in Berlin at the end of 1941. Like his brother Kurt, Gerhard was a member of Maccabi Hatsair in Amsterdam. This is a Zionist youth movement aimed at the physical development of young Jewish people founded in 1929 in Maccabi in Czechoslovakia. The values of leadership, good citizenship and supporting the community on the basis of self-sufficiency are central to this movement.

In February 1940, Gerhard obtains a place in the Werkdorp, where he works as a farmer. Kurt followed a month later and started working as a carpenter. After the Werkdorp was evacuated on 20 March 1941, they went to live with their father again. Gerhard and Kurt belonged to the June group, that is to say they were rounded up during the 2nd razzia in Amsterdam on 11 June and transported to Durchgangslager Schoorl. After two weeks, 57 Werkdorpers in a group of 300 Jews were deported to Mauthausen, where they had to perform forced labour in the stone quarries and/or were subjected to medical experiments. Most of them were killed within three months.

Gerhard was murdered on 17 October 1941. His brother Kurt a month earlier on 18 September 1941. Father Hans was arrested in Amsterdam on 20 June 1943 and taken to Westerbork. His position with the Jewish Council no longer protected him. He was put on transport on 20 July 1943 and was murdered immediately upon arrival in Sobibor. 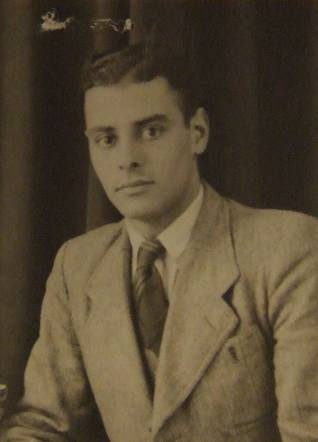