Lotte Laufer was born on 12 February 1923 in Kattowicz. It is a town in Poland 80 kilometres west of Krakow. Lotte’s mother was transported from Breslau to Lithuania on 25 November 1941 and was killed four days later in Kaunas.  The fate of her father is unknown.
Lotte came to the Netherlands together with her younger brother Frans (1925). Via the first shelter in Rotterdam, the Jewish Youth Farm in Gouda and several children’s homes, Lotte went to the Werkdorp. She arrived there in the summer of 1940. She was not a Zionist; in the Werkdorp she worked as a domestic servant.  After the Werkdorp was evacuated on 20 March 1941, she was initially received by the Angress family in Amsterdam. Another woman from the Werkdorp, Hilde Altenberg, lived at the same address on Cliostraat 34. She moved to the Youth Home of the Jewish Council as soon as it opened on 11 November 1941.  She was on the list for the first transport on 15 July 1942 to Auschwitz. Within three months of arrival she was murdered on 30 September 1942. Her brother Frans met the same fateful fate, with the first transport to Auschwitz and then murdered within three months. 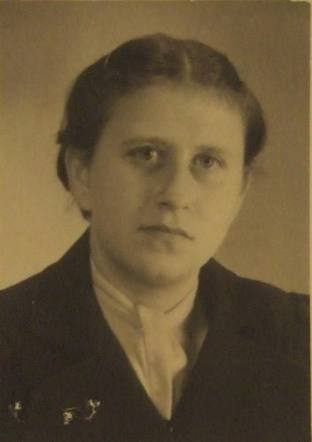