Max Mehler was born on 21 March 1910 in Stanislawow, Poland. The village is located 50 kilometres east of Warsaw. Max came to the Werkdorp in February 1939 where he worked as a farmer. His elder sister Sydonia (1905) had arrived in the Werkdorp a few months earlier.

After the Werkdorp was evacuated, he found a place at Bernhard Zweerskade 1 in Amsterdam. He belonged to the June group. During the 2nd razzia in Amsterdam he was arrested and taken to the internment camp in Schoorl, where a selection was made based on age, health and having four Jewish grandparents. Max met all the criteria and was transported to Mauthausen in a group of 300 Jews, 57 of whom were Werkdorpers. Almost everyone was killed within three months of arrival, including Max. He was killed on 19 September 1941.

His elder sister worked for the Jewish Council from the evacuation of the Werkdorp, but two years later she too was put on transport and was killed in Sobibor in July 1943. 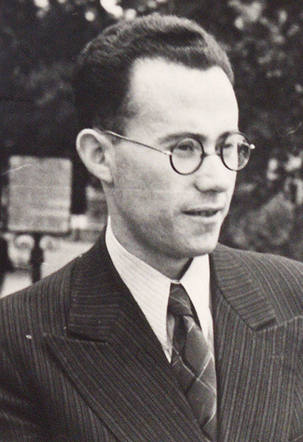