Moritz was born on 1 February 1923 in Cologne. Early 1939 he came to the Netherlands on a children’s transport. Not long after that his parents fled to Belgium and stayed in Sommerstraat 9 in Antwerp together with their eldest son Abraham. Because of their presence in Belgium Moritz was on the exchange list of children from the Netherlands with Belgium. His younger brother and sister came to the Netherlands at the same time as Moritz. Both Salli (1928) and Adele (1931) stayed with a family in Amsterdam as foster children from mid-1939. Salli was killed in Sobibor on 4 June 1943, Adele survived the war in hiding. She lives in the U.S.A. (2021). His older brother Abraham (1921) was murdered in Auschwitz on 23 September 1942.

Moritz was trained as a locksmith in the Werkdorp and worked as a farmer. He was not a Zionist. After the Werkdorp was evacuated, he found shelter with the Cohen family in Rubensstraat in Amsterdam. He went on the first transport to Auschwitz and was killed one month later on 30 September 1942. His parents arrived in the same period in Auschwitz and were both killed in mid-September 1942. 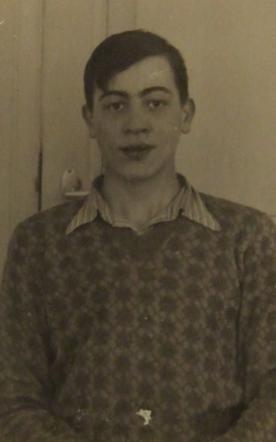