Werner Wilhelm Laser was born on 30 May 1921 in Berlin. He came to the Netherlands in the summer of 1939 and arrived in the Werkdorp on 29 August.
His parents and his older brothers Kurt Joshua (1912) and Gideon Gerhard (1915) emigrated a year after Werner’s departure illegally with the boat S.S. Pacific to Palestine. This was a risky journey. From the Romanian port of Tulsa, connected via the Danube to the Black Sea, three ships start the journey to Palestine. A total of 3404 Jewish refugees are on board the three ships and they come from Germany, Austria and Czechoslovakia. At the beginning of November 1940 the Pacific and the Milos reach the port city of Haifa. There the British, still with a mandate over Palestine, have the ship the Patria ready to deport the refugees to the British island group Mauritius, islands east of Madagascar. What a bummer. The 1770 people on board the Pacific and the Milos were all transferred to the Patria. And when the third ship, the Atlantic, arrived, another 100 of that ship’s 1,634 people were transferred to the Patria.

At the end of November 1940, when the Patria’s voyage had begun, the Jewish Hagana militia detonated a sea mine against the side of the Patria to prevent the ship from leaving. The purpose of the explosion is to cause damage to the ship that will deprive it of its seaworthiness. But the consequences are far-reaching: the Patria sinks. 217 refugees and 50 British soldiers drown. The survivors are admitted to Palestine for humanitarian reasons. The 1534 refugees from the Atlantic went to Mauritius and had to stay there until 20 August 1945.
Werner Wilhelm’s parents both died in Israel, in Magdiel Hod Hascharon, unknown when. Kurt died in 1948, Gerhard in 2003.
How the attempts to take Werner along on the trip came about is not known, nor is it clear whether he knew about them. Perhaps Werner – he was by far the youngest – was sent ahead with the idea that he could travel to Palestine via the Netherlands, or the opportunity arose out of the blue and action had to be taken very quickly.

In the Werkdorp Werner trained as a blacksmith. After the Werkdorp was evacuated on 20 March 1941, he found shelter with the Löwenherz family. He was one of the 57 Werkdorp people who were rounded up in the 2nd razzia in Amsterdam on 11 June 1941. They go via Schoorl to Mauthausen. Werner Wilhelm is murdered there on 15 September 1941. 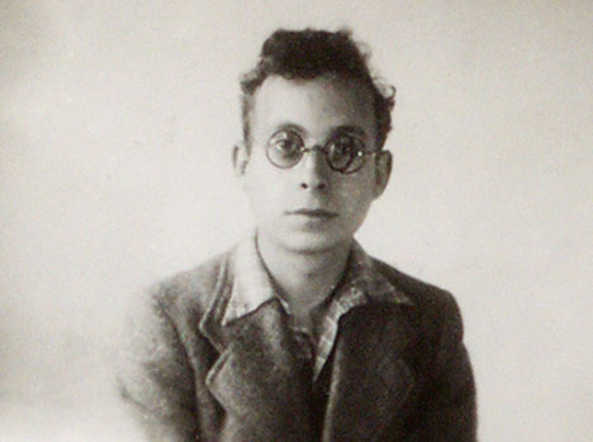