Adolf Samson was born on 28 March 1924 in Bergsdorf, 60 km north of Berlin. He fled to the Netherlands a month after Kristallnacht. In the Werkdorp where he arrived in February 1940, he was educated and worked as a farmer. He was not a Zionist.

His parents were transported to Theresienstadt on 14 September 1943. His father, who suffered from diabetes and was partially paralysed, survived. His mother also survived. After the war they emigrated to the United States. His younger brother Heinz (1927) was transported to Theresienstadt on 18 January 1944 and via Auschwitz to Dachau, where he was killed on 9 February 1945.

After the eviction of the Werkdorp, Adolf, like many other workers, first went to live on Jekerstraat and moved to the youth hostel of the Jewish Council as soon as it opened. He went on the first transport to Auschwitz and was killed over a month later on 23 August 1942. 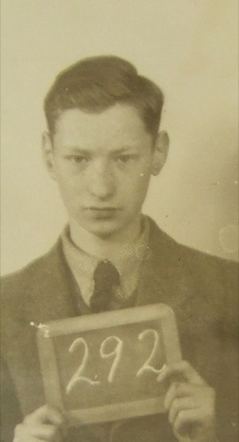