Günther Simons was born on 1 November 1921 in Rheydt, a district of the city of Mönchengladbach. Günther’s father settled on 13 November 1933 at Zuider Amstellaan (now Rooseveltlaan) 110-hs. He moved to number 160-III on 19-01-1934. On that day Günther arrived in the Netherlands with his mother.

They moved to Biesboschstraat in September 1936. His parents had a boarding house there. In January 1942 a labour camp was set up in Rouveen (near Staphorst). In April two large groups of Jews arrived from Amsterdam. Father Siegfried was one of them. On 5 October the camp is cleared and everyone is taken to Westerbork. On 19 October 1942 he is transported to Auschwitz, where he is killed immediately upon arrival. Mother Johanna is the last one of the family to be arrested on 6 April 1943 and taken to Westerbork. A week later she was transported and immediately murdered upon arrival.

Günther reported to the Werkdorp in October 1939. He is almost 18 years old then. There he was trained and worked as a carpenter and upholsterer. After the Werkdorp was evacuated on 20 March 1941, he moved back in with his parents.

He was put on the transport list of 15 July 1942. He was given a postponement, but the next day went with the second transport to Auschwitz, where he was killed within a month on 12 August 1942. 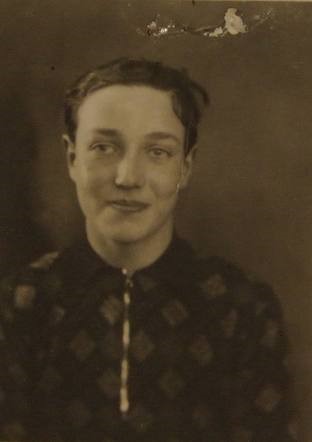