Alfred was born on 6 September 1910 in Posen, Poland. Poznan is located in the west of Poland, 275 kilometres from Berlin. Alfred grew up in a family with four children. Alfred was the youngest. He had a sister Meta (1905), brother Martin (1907) and sister Fanny (1908). Alfred fled to the Netherlands in the summer of 1938 and arrived at the Werkdorp on 23 July. After the eviction of the Werkdorp on 20 March 1941 he moved in with Mietje van der Ster on Den Texstraat in Amsterdam.

Alfred married Mietje van der Ster (1915) on 6 August 1941. He provided help to departing Jews from the building of the Jewish Council on Oude Schans. Because of this function he had a Sperre. On 20 May 1943 Mietje and her husband Alfred were arrested and deported to camp Westerbork. On 7 September 1943 they were transported to Auschwitz. Mietje was killed on 30 November 1943, Alfred four months later on 31 March 1944.

His mother Julie was killed in Lublin in May 1942, as was his sister Fanny. Sister Meta was killed in Kaunas in November 1941. The fate of brother Martin and father Heinrich is unknown. 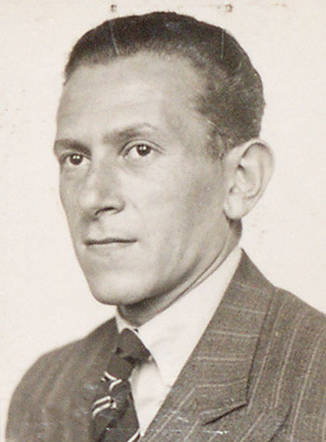