Anselm Adolph Friedländer was born on 19 July 1920 in Hamburg. At 18 years of age, he flees Nazi Germany in early November 1938 and goes straight to Wieringermeer. In the Werkdorp he works as an apprentice electrician. He leaves the Werkdorp at the beginning of 1940.

He came to live with the Dingfelder family at 2 Tintoretto Street. After five months he moved to the Lehmann family on Euterpestraat (now Gerrit van der Veenstraat) in Amsterdam.

A year later he was arrested. He belonged to the June group, the work thieves who were rounded up during the second major razzia in Amsterdam on 11 June 1941 and deported to Mauthausen via Schoorl camp in a group of 300 Jews. There they had to perform forced labour in stone quarries and/or undergo medical experiments. Anselm was killed there immediately upon arrival, on 25 June 1941. 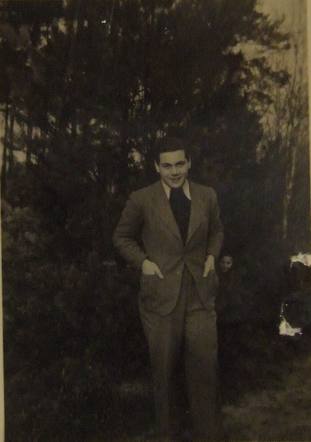