Fritz Friedländer was born on 3 February 1920 in Stade.

His father owns the Friedländer & Wertheim bank together with Moritz Wertheim. In 1933 Fritz celebrates his bar mizwa in Stade. Until 1935 he attends the athenaeum, which he is the only Jewish student to leave because of increasing discrimination. Friedländer and Wertheim wind up their last affairs and their bank is taken over by their attorney. Friedländer sells their house a few days after Kristallnacht and they prepare for emigration. In addition to the so-called Jewish property tax of 2850 Reichsmark they have to pay another 2350 Reichsmark for the emigration tax and for taking the removal items with them. Finally, all jewellery has to be handed in. On 23 April 1939 the couple leaves Germany via Hamburg and travels by ship to England. Their daughter Lotte has already emigrated there. Fritz’ parents and sister Lotte survive

In the preceding years Fritz had been preparing to emigrate to Palestine. He left for the Netherlands in mid-1938 and arrived in the Werkdorp in July. After the Werkdorp was evacuated on 20 March 1941, he found shelter with the Aron family on Stadionkade in Amsterdam. He belonged to the June group, the ‘werkdorpers’ who were rounded up during the second major razzia in Amsterdam on 11 June 1941 and deported to Mauthausen via camp Schoorl in a group of 300 Jews, 57 of whom were werkdorpers. There they had to perform forced labour in stone quarries and/or undergo medical experiments. Within three months of his arrival Fritz is murdered on 11 September 1941. 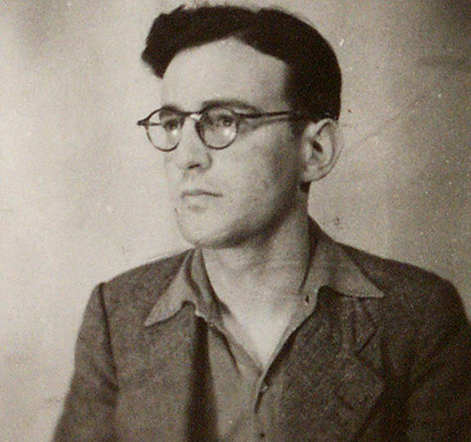