Werner Friedländer was born on 4 June 1923 in Breslau. After Kristallnacht, his father was imprisoned in Sachsenhausen until 6 December 1938. Before their deportation his parents had to move from Hardenbergstraase to a Judenhaus with thirteen others at 45 Hohenzollenstrasse in Breslau. On 2 April 1943 they were deported to Theresienstadt and murdered there.

Werner came to the Netherlands on a children’s transport. After a stay in a few children’s homes he arrived at the Werkdorp in February 1940. In the Werkdorp he learned to be a blacksmith. After the Werkdorp was evacuated on 20 March 1941, he was taken in by the Rosengarten foster family on Tuyl van Serooskerkenstraat in Amsterdam.

He belonged to the June group, the ‘werkdorpers’ who were rounded up during the 2nd major razzia in Amsterdam on 11 June 1941 and deported to Mauthausen via camp Schoorl in a group of 300 Jews, of whom 57 were werkdorpers. There they had to perform forced labour in stone quarries and/or undergo medical experiments. Within three months of his arrival, Werner was murdered on 12 September 1941. 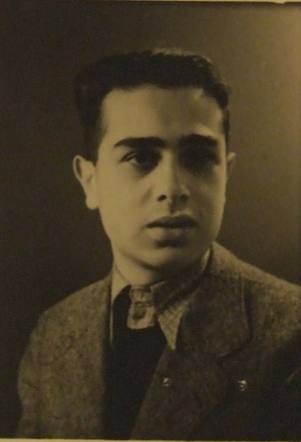