Adolph Frohmann was born on 16 October 1912 in Geilenkirchen. He married Karola Elter, born 23 January 1911 in Bamberg, in Breslau on 2 April 1936. Their daughter Chawa Eva was born on 9 December 1937 in Breslau. They fled Germany in early 1939 and Adolph began his work as a religious teacher in the youth aliyah in Gouda in June 1939.

From February 1940 onwards he belonged to the Werkdorp teachers’ corps. There too, he was a teacher of religion. On 11 June 1941 he did not believe the message of the Jewish Council that they could return to the Werkdorp. When he is on his way to warn the Werkdorp people in his neighbourhood on the Merwedeplein not to go, he runs straight into their hands of the ‘Ordnungpolizei’. He was then arrested during the 2nd major razzia in Amsterdam and deported via camp Schoorl in the group of 300 Jews, among whom 57 workforces, to Mauthausen. There they had to perform forced labour in stone quarries and/or undergo medical experiments. Within three months of his arrival, Adolph was murdered on 16 January 1942.

His wife Karola and their daughter moved to the Jewish Council Youth Home, where Karola became head of the household. She moved with her daughter to the kibbutz at Laag Keppel where she was also head of the household. On 10 April 1943 all those present in the kibbutz were arrested and taken to Vught. From there they were taken to Westerbork on 6 June 1943. She and daughter Eva were transported to Bergen Belsen on 15 March 1944. They survived. 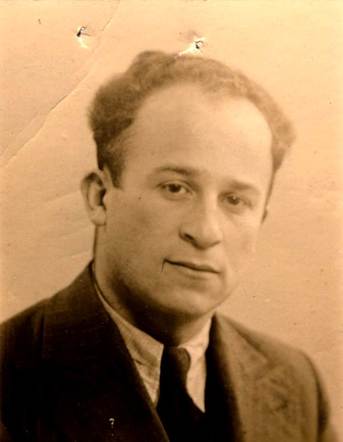