Bruno Galantai was born on 14 April 1914 in Vienna. He flees Austria which became part of the German Reich after the Anschluss of 13 March 1938. Bruno arrived at the Werkdorp on 2 September, where his brother Paul had been living for over a year. He worked as a farmer in the Werkdorp. After the Werkdorp was evacuated on 20 March 1941, Bruno found shelter with the Drukker family on Zuider Amstellaan (now Rooseveltlaan).

On 14 May 1941, a bomb attack takes place on a villa on the Bernard Zweerskade, inhabited by German officers. There were no casualties. A few weeks later, the telephone exchange of the Luftwaffe at Schiphol was blown up, seriously injuring a member of the Wehrmacht. The Germans attributed these attacks to Jews. All in all, reason enough for the Germans to hold a second razzia in Amsterdam and to arrest more than 300 young Jewish men. The group was taken to the Durchgangslager Schoorl. Among them were 61 workforces.  They were selected on the basis of age (18-35), health and having four Jewish grandparents. After two weeks Kurt and 56 other workforces in a group of 300 Jews were taken to Mauthausen. There they are put to death by forced labour in stone quarries and/or medical experiments. Bruno was murdered on 18 September 1941.

Mother Gisela is forced to move from Krottenbachstrasse in Vienna to a ‘Judenhaus’ at Hollandstrasse 2/37 in Vienna. She was deported on 31 August 1942 and was killed on 4 September 1942 in Minsk, Belarus. The fate of father Galantai is unknown. 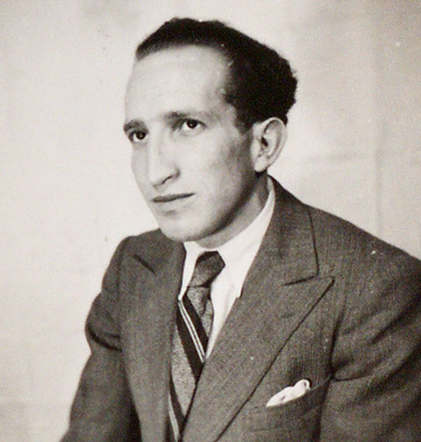