Paul Galantai was born on 12 February 1911 in Vienna. Mother Gisela was forced to move to a Judenhaus in Vienna at Hollandstrasse 2/37. She was deported on 31 August 1942 and was murdered on 4 September in Minsk, Belarus. The fate of father Galantai is unknown.

For Paul, the annexation of Austria by Nazi Germany and the gradual deterioration of the climate for Jews was reason to flee Austria. He left for the Netherlands and reported in the Werkdorp at the beginning of June 1938. He started working as a farmer. About a year later he was joined by his younger brother Bruno (b. 1914).

After the Werkdorp was evacuated on 20 March 1941, he was placed with the Loeb foster family on De Lairessestraat in Amsterdam.

He belonged to the June group, the Werkdorp people who were rounded up during the second major razzia in Amsterdam on 11 June 1941 and deported to Mauthausen via camp Schoorl in a group of 300 Jews. There they had to perform forced labour in stone quarries and/or undergo medical experiments. Within three months of his arrival, Paul was murdered on 12 October 1941. 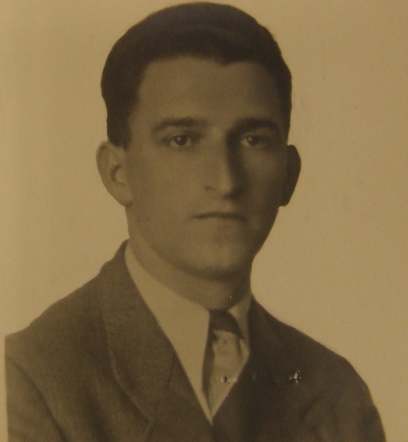