Günther Aronade was born on 9 November 1918 in Kattowicz in Poland. He was arrested immediately after Kristallnacht on 9 November 1938 and imprisoned in Buchenwald camp.  He was released again on 27 January 1939. Soon afterwards he fled to the Netherlands. In the Werkdorp he trained as a bank worker. After the Werkdorp was evacuated, he became a stoker in the buildings of the Jewish Council in Amsterdam on 1 September 1941. He also did the construction and maintenance of heating, water, gas and plumbing in all the buildings. Because of this function he has a Sperre.

Günther married Ilse Heymann on 9 July 1942. He was arrested on 20 June 1943 and taken to Westerbork. He escaped from camp Westerbork on 14 September 1943. Together with Ilse Heymann he managed to escape to France in December 1943. In Paris they were arrested and imprisoned in Drancy. From there they are transported to Auschwitz on 10 February 1944. Günther contracted typhus and was killed three days later. His wife Ilse Heymann survived.

His father died in 1938 at the age of 66. His mother is transported from the Hellersberg assembly camp near Dresden to Auschwitz on 2 March 1943, where she is murdered on the day of arrival. An older brother Kurt Walter (1915) survived the war and died in Israel in 1993. 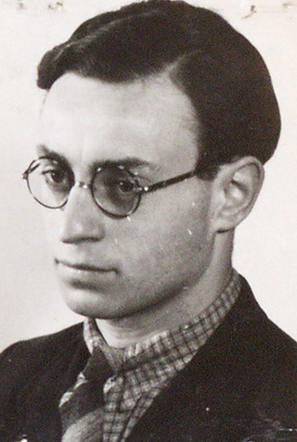