Hilde Altenberg was born on 21 February 1922 in Berlin. In her youth she lived at 31 Alboin Street in Berlin-Tempelhof. She was not a Zionist. She fled to the Netherlands at the beginning of 1939. She came to the Netherlands from Berlin together with Franz Hermann Kober. Hilde went straight to the Werkdorp and started working there as a domestic servant. Franz went to live at Merwedeplein 29-I in Amsterdam.

After the Werkdorp was evacuated on 20 March 1941, Hilde found shelter with the Graetzer foster family in the Waalstraat in Amsterdam.

Frans and Hilde married on 10 July 1942, thinking they would not have to go on transport for the time being. This is vain hope. They are put on the list for the first transport to Auschwitz on 15 July 1942. Hilde was killed there on 30 September, Franz Hermann on 8 August. 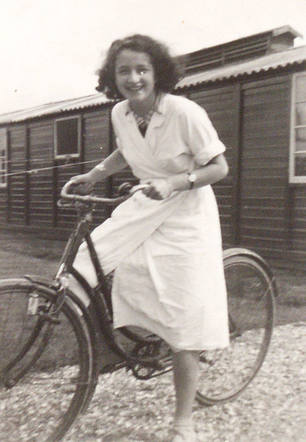