Hans Wilhelm, Willy Adler was born on 1 August 1915 in Berlin. He has an older brother Friedrich (1898) and sister Helene (1899). They emigrated to the U.S.A. before the war. His mother died when Willy was 9 years old, his father died three years later.

Willy comes as a 20-year old to the Netherlands on 17 February 1936 under pressure of the deteriorating circumstances in Germany, hoping for a better situation. In the Werkdorp he worked as a gardener. After the Werkdorp was evacuated on 20 March 1941, he was initially placed with a foster family on Dintelstraat in Amsterdam and subsequently with a foster family on Roerstraat.

He was summoned for the first transport to Auschwitz. He evaded the summons and fled via Belgium to France, but was arrested there. He ended up in camp Drancy and from there was deported to Auschwitz. He was murdered there on 24 August 1942. 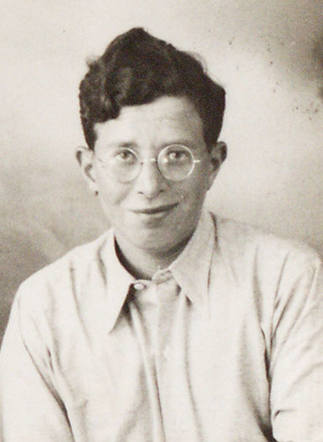