Kurt Acker was born on 18 January 1921 in Essen. He started preparing for a life in Palestine in the Hakhshara centre Gut-Winkel in Spreenhagen. The centre was facilitated for 40 pupils and in 1938 Kurt worked there together with 35 other young Jews, 28 boys and 7 girls. In April 1939 he flees to the Netherlands. In the Werkdorp he worked as a farmer. After the Werkdorp was evacuated, he lived in a house with 11 other Werkdorp people on Jekerstraat in Amsterdam. On 14 May 1941, a bomb attack took place on a villa on the Bernard Zweerskade, inhabited by German officers. There were no casualties. A few weeks later, the telephone exchange of the ‘Luftwaffe’ at Schiphol was blown up, and a member of the ‘Wehrmacht’ was seriously injured. The Germans attributed these attacks to Jews. All in all, reason for the Germans to hold a second razzia in Amsterdam and to arrest more than 300 young Jewish men. The group was taken to the ‘Durchgangslager’ in Schoorl. There were 61 workforces among them and four of them did not meet any of the criteria of age (18-35), health and having four Jewish grandparents. After two weeks Kurt and 56 other workforces in a group of 300 Jews were taken to Mauthausen. There they were put to death by forced labour in stone quarries and/or medical experiments. Kurt was murdered on 14 August 1941. The cause of death is stated as being “fatally wounded while attempting to commit suicide and died.” The fate of his parents is not known. 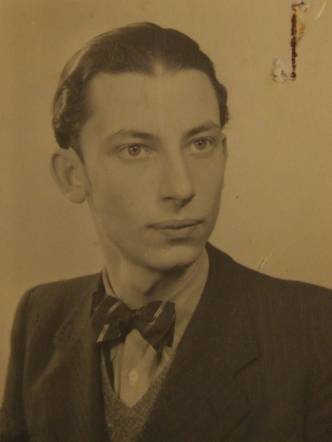