Norbert Abrahamssohn was born on 21 September 1916 in Hamburg. He fled Germany in the summer of 1936 and emigrated to the Netherlands. He initially went on an individual hachshara and successively lived and worked for farmers in Enschede and Borne. At the end of April 1938, he leaves for the Werkdorp where he works as a farmer.

In 1939 he tried in vain to leave for Australia.

He obtained a travel permit for Australia where family was staying. On 5 September 1939, his ship the Triestino left Genoa. However, the political situation prevented him from travelling to Italy. Then, in December 1939, he receives word that his permit has been revoked. Australia closes its borders to refugees. A desperate attempt to reach Canada also fails. Norbert draws up his will and encloses a photograph in which he is milking a cow.

He belongs to the June group. During the 2nd razzia in Amsterdam he was arrested and deported via camp Schoorl to Mauthausen. He is listed as murdered on 30 September 1941.

His parents were deported to the ghetto in Theresienstadt on 15 July 1942 and were killed in Treblinka on 21 September 1942. Norbert had two older sisters. The eldest Jenny (1904) was murdered in Auschwitz in 1942, Else (1906) fled to the Netherlands just like Norbert and was murdered in Sobibor in 1943. 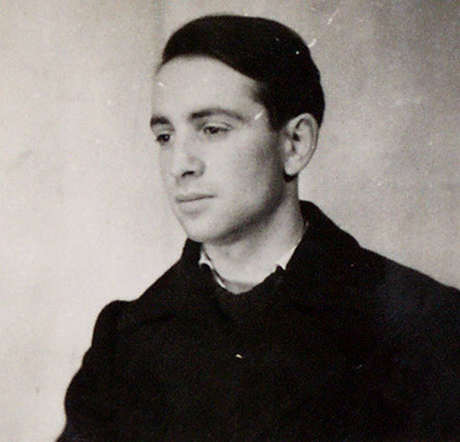