Fritz Abrahamsohn was born on 28 April 1908 in Rheine. The distance of the city of Rheine is 50 km away from the Dutch town Enschede.

Fritz was the middle child in a family of three. He had an older sister Selma (1906) and a younger sister Henriëtte (1910).

All family members fled to the Netherlands in the thirties. Sister Selma was the first to arrive in November 1931 and worked as a domestic help, first in Nijkerk and later on in Maastricht. She moved to Amsterdam at the end of 1932. Henriette flees to Amsterdam in 1936. Fritz arrives in the Werkdorp in January 1938. He starts working as a farmer. He returns to Amsterdam at the end of 1938. The family is reunited on Volkerakstraat in Amsterdam, where the parents rent a house in June 1939.

Fritz returns to the Werkdorp three months after his mother’s death in March 1940. In November 1940 the administration of the Werkdorp applies for another pass for him, he leaves teh Werkdorp on the 8th January of 1941 and works for a farmer in Aertswoud. In May 1942 he had to leave and returned to Amsterdam. He settled on Volkerakstraat with his sister Henriëtte, her husband, his sister Selma, and his father.

Fritz meets Eva van Kleeff in Amsterdam and they marry on 20 July 1942. They were arrested on 12th March 1943 and were taken to Vught. On 2th July 1943 they are transferred to Westerbork. Together with the group of inhabitants of the Kibbutz in Laag Keppel they are transported to Sobibor on July the 6th of 1943, where they were killed on arrival on the 9th of July of 1943.

Henriëtte was transported to Auschwitz on 7 September and was killed there on 30 November 1943. 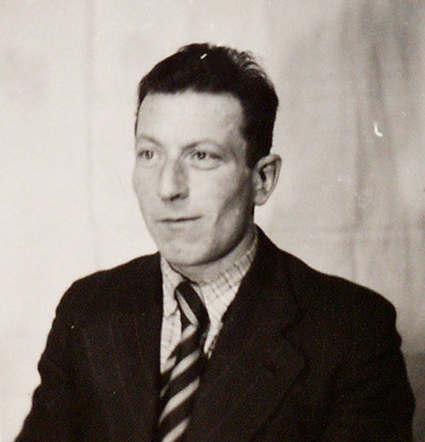