Ernst Kaufmann was born on 21 April 1911 in Krefeld.
He was the younger brother of Rudolf, who came to the Werkdorp in April 1936. Ernst fled Germany after Kristallnacht on 9 November 1938 and arrived at the Werkdorp over a month later. He started working as a farmer. After the Werkdorp was evacuated on 20 March 1941, he was taken in by a foster family on Noorder Amstellaan (now Churchilllaan) in Amsterdam.
Like his brother Rudolf, Ernst belonged to the June group. That means that he belonged to the 61 work-doors people who were rounded up during the 2nd razzia in Amsterdam on 11 June 1941 and deported to camp Schoorl, some of them thinking they were going back to the work village. In Schoorl, they were selected on the basis of their health, age and whether they had four Jewish grandparents.
Ernst was one of the 57 workmen who were sent on to camp Mauthausen, where they were all killed. Ernst was killed on 8 July 1941.
His brother Rudolf was killed on 11 October 1941. Ernst and Rudolf’s father was put on a transport from Düsseldorf to Theresienstadt in July 1942 and was killed on 26 September 1942. Mother Henriette managed to escape to Brazil, survived and died in 1957. 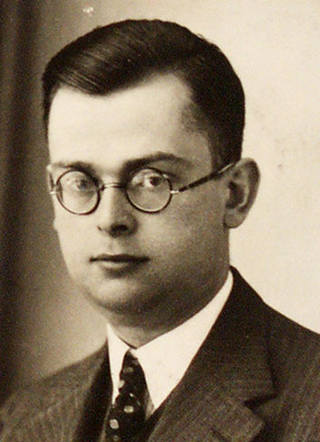