Hanna Holzheim was born on 21 June 1913 in Guelzow. This village in Germany is near Hamburg. She grew up in a family with three children. She had a twin brother Helmut (1913) and an older sister Charlotte (1910).

Her father became a widower in 1941; he was a butcher.
Hanna fled to the Netherlands in 1936 and was appointed kitchen supervisor in the Werkdorp. There she met Rudolf Kaufmann, who had arrived in the Werkdorp in the spring of 1936.
Hanna and Rudolf married more than a year later on 7 October 1937 in Barsingerhorn. After the Werkdorp was evacuated on 20 March 1941 they found shelter with the de Beer family on Lairessestraat in Amsterdam.
Rudolf was arrested during the second razzia in Amsterdam on 11 June and killed in Mauthausen on 11 October 1941.
Hanna had a Sperre and worked in Amsterdam from 1 July 1942 as housekeeper and dietician in Beth Hamenunch. Early May 1943 she is arrested and taken to Westerbork. She was transported in the middle of May and was killed in Sobibor on 21 May 1943.
Her twin brother Helmut also came to the Werkdorp on 27 December 1938. He survived the war. Her sister Ursula also survived the war. They both emigrated to Australia. 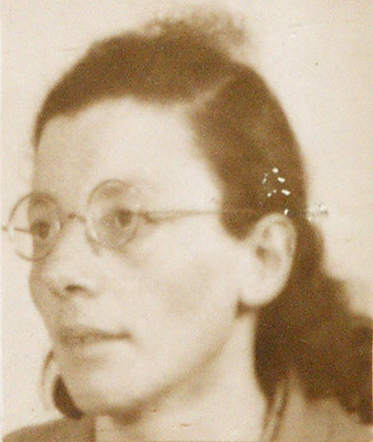