Rudolf Kaufmann was born on 7 October 1907 in Krefeld. Krefeld is situated near Düsseldorf, forty kilometres from the Dutch border. He has younger brother Ernst (1911) who goes to the Werkdorp in 1938. Rudolf arrived in the Werkdorp on 20 April 1936 in a group of 5 pioneers, including Wolfgang Capell. He started working as a gardener. In the Work Village he met Hanna Holzheim (1913). She was the kitchen manager at the Working Village from September 1936. They fell in love and married on 7 October 1937 in Barsingerhorn. After the eviction of the Werkdorp on 20 March 1941 Rudolf and Hanna found shelter with the de Beer family in the Lairessestraat in Amsterdam.

Fate of Rudolf and Hanna

On 14 May 1941 there is a bomb attack on a villa on the Bernard Zweerskade inhabited by German officers. There were no casualties. A few weeks later, the telephone exchange of the Luftwaffe at Schiphol was blown up, seriously injuring a member of the Wehrmacht. The Germans attributed these attacks to Jews. All in all, reason enough for the Germans to hold a second razzia in Amsterdam and to round up 300 young Jewish men. Among them were 61 workforces. The group was taken to the Durchgangslager Schoorl. Four of them did not meet one of the criteria age (18-35), health and having four Jewish grandparents.  After two weeks Rudolf and 56 other work thieves are taken to Mauthausen as part of a group of 300 Jews. There they were put to death by forced labour in stone quarries and/or medical experiments. Rudolf was killed on 11 October 1941. Hanna was arrested early May 1943 and taken to Westerbork. She was transported in the middle of May and was killed in Sobibor on 21 May 1943.

His brother Ernst also belonged to the June group and was killed on 8 July 1941. Rudolf’s father was put on transport from Düsseldorf to Theresienstadt in July 1942 and was killed on 26 September 1942. Rudolf’s mother managed to escape to Brazil, survived, and died in 1957. 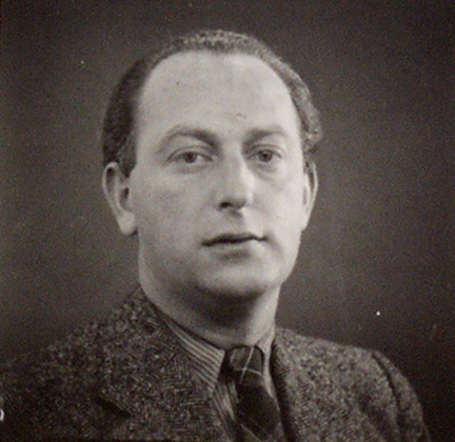