Ernst Smulewitz was born on 15 February 1915 in Krotochin, Poland, 100 km south of Poznan. Ernst came from a family with 5 other children. In the Werkdorp, Ernst was educated and worked as a farmer.

After the Werkdorp was evacuated on 20 January 1941, the buses left for Amsterdam. Upon arrival in Amsterdam, the workforces were first received in the diamond factory of Abraham Asscher on Tolstraat in Amsterdam. Those who were able to stay with relatives left fairly quickly for their destination; for the others they looked for a place to live, mostly with German foster families.  Ernst found accommodation with the Denneboom family in Amsterdam.

Ernst married Gerda Jonas in January 1942. In October 1941 they moved to van Woustraat in Amsterdam. They went on the 2nd transport to Auschwitz and Gerda was killed on 30 September 1942, Ernst almost 2 months later on 25 October 1942.

The fate of Ernst’s mother and father is unknown, the other five children survived the war. 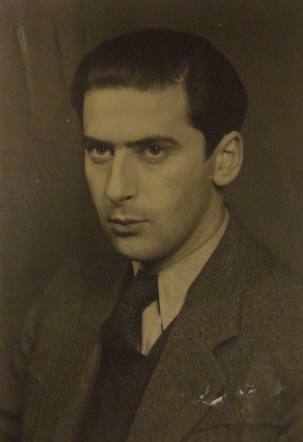