Fritz Schmelz was born on 16 April 1922 in Wattenscheid. He arrives at the Werkdorp as a 17-year old. In the Werkdorp he received further training and worked as a farmer. He was a Zionist and after fleeing from Germany in the middle of 1939 he came directly from his “Auswandererlehrgut”, the hachshara training in Gross Breesen. After the Werkdorp was evacuated on 20 March 1941, he was received by the Steinberg family on Geulstraat in Amsterdam. He went with the first transport to Auschwitz on 15 July 1942 and was murdered two weeks later on 28 July.

His parents were transported from Gelsenkirchen to Riga on 27 January 1942, where his mother was killed immediately upon arrival. His father lived for almost two years in the Riga ghetto and died there at the age of 60. 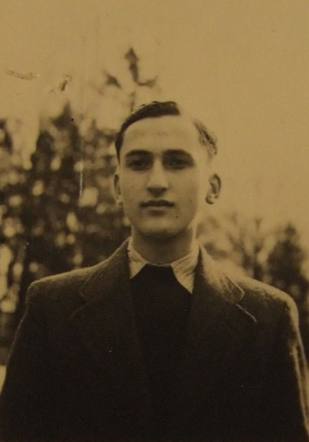