Gerda Jonas was born on 1 August 1910 and grew up in Berlin. In the summer of 1939 she flees Germany with her father and they settle in the Waalstraat in Amsterdam. Her brother fled to England and survived the war. Her mother died in 1934.

By then Gerda was already married; she divorced Fritz Otto Wienrich in April 1935. Gerda and her father lived on the Merwedeplein for a while and then moved to another street. The Rivierenbuurt in Amsterdam is where many Work Village people found shelter after the Werkdorp was evacuated in March 1941.  At the end of October 1941 Gerda went to live with Ernst Schmulewitz in the Van Woustraat. They got married on 23 December 1941 and on 7 January 1942. Six months later they both went on the 2nd transport to Auschwitz. Within a few months they are murdered, Ernst on 25 October 1942. Gerda on 30 September 1942.

Gerda’s father is arrested on 24 September 1942 and deported to Westerbork. He stayed there until January 1944, then was transported to Bergen-Belsen, sent on to Theresienstadt and died there at the end of April 1944. 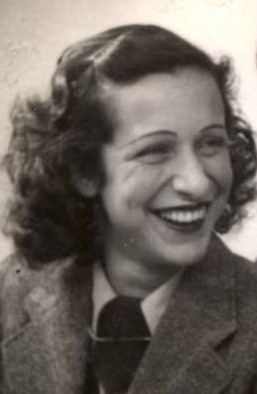