Erwin Haar was born on 3 March 1914 in Vienna. He arrived in the labour village in mid-1938. He fled Austria, which had been annexed by Nazi Germany in the spring. After his arrival in the Netherlands, Erwin reported to the Work Village. After a few months he met Margarethe Frieländer in the Werkdorp, they fell in love and were expelled from the Werkdorp for educational reasons and left for Amsterdam at the end of 1939.

Erwin and Margarethe Haar were arrested in Amsterdam on 23 September 1940 and detained at the police station until mid-November, when they were transferred to camp Westerbork. The camp was still called the Central Refugee Camp at the end of 1940. One year later, on 1 October 1941, there were more than 1100 Jews in the refugee camp.

In 1942 Erwin and Margarethe were among the 100 ‘Alte Lagerinsassen’ selected for the first transport to Auschwitz on 15 July. Both were murdered within three months of arrival.  Margarethe on 30 September 1942, Erwin on 3 September 1942. 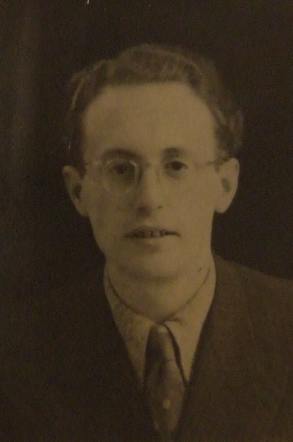