Egon Kallman Emanuel Freund was born on 13 April 1925 in Berlin. He is almost 14 years old when he comes to the Netherlands on a children’s transport. He has permission to go to the U.S.A.. However, he has no means. After staying in a few children’s homes, he went with Paula Jonas-Platz and a group of children who had fled via Driebergen and the Valkenburgerstraat in Amsterdam to the Werkdorp. They arrived there in September 1940. In the Werkdorp he worked as a farmer; his aim was to become a fashion illustrator. He is not a Zionist. After the Werkdorp was evacuated on 20 March 1941, he was placed with a foster family in Oranje Nassaulaan, Amsterdam. He moved to the Jewish Council’s youth centre in November 1941 to join other, generally young, Werkdorp people. He was put on the list for the first transport to Auschwitz and after more than a month was murdered on 28 August 1942.

His mother was murdered in July 1940 in a nursing home for psychiatric patients. “Aktion T4” starts in autumn 1939 with the killing of psychiatric patients by administering carbon monoxide. In a later phase other methods like the administration of an overdose of medicines and/or complete neglect of patients are applied. Egon’s mother was killed on 12-07-1940 in the “Euthanasia” clinic Brandenburg T4 Sonderaktion. His father was transported to Riga on 15 August 1942 and was killed immediately upon arrival there. 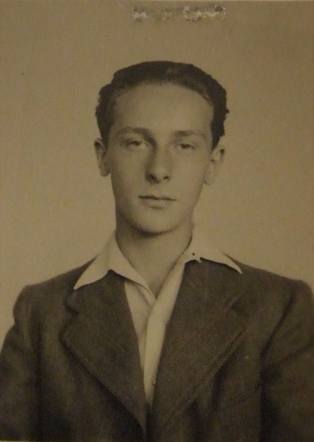