Gert was born on 8 March 1925 in Recklinghausen. He grew up in Velbert in the Ruhr region, 15 kilometres from Essen. His father was a cigar manufacturer. Immediately after Kristallnacht his father was imprisoned in Dachau for almost a month. His parents had a visa for the U.S.A. but it was not to be. Father Ernst was transported from Düsseldorf to Litzmannstadt on 27 October 1941 and was killed there. Two weeks later mother Johanna was transported from Düsseldorf to Minsk on 10 November 1941 and murdered there.

Gert came to the Netherlands with the children’s transport on 4 January 1939. He travelled through various children’s homes in the Netherlands and ended up in the Werkdorp via Valkenburgerstraat in Amsterdam in the autumn of 1940, together with eight other young refugees and their teacher Paula Jonas-Platz. Before his arrival in the Netherlands, Gert planned to become a car mechanic. In the Werkdorp he worked as a farmer. After the Werkdorp was evacuated on 20 March 1941, he stayed with foster families for six months. When the youth centre of the Jewish Council opened in November 1941, Gert was given a place there and united with some other Werkdorp people. He was put on the list for the first transport in July 1942 to Auschwitz and was murdered there on 30 September 1942. 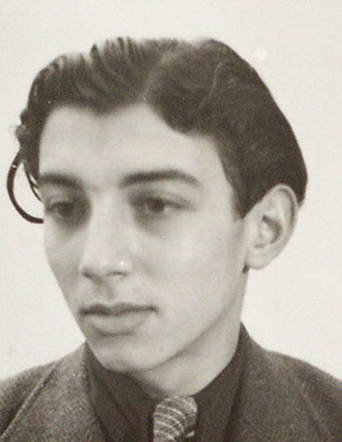