Hans Emil Wessely was born on 2 August 1919 in Vienna, Austria. He was arrested during Kristallnacht on 9 November 1938 and imprisoned in camp Dachau until 8 December 1938. Release is on condition that he leaves Nazi Germany.
He flees to the Netherlands in March 1939 and reports to the Werkdorp. He trained as a blacksmith in the Werkdorp, had a knack for mathematics and helped others in the Werkdorp to study. After the Werkdorp was evacuated on 20 March 1941, he found shelter with the Schöndorff family in Amsterdam.
He belonged to the ‘Juni-Groep’, the Werkdorpers who were rounded up during the second major razzia in Amsterdam on 11 June 1941 and deported to camp Mauthausen via Schoorl. He was murdered there on 14 September 1941. 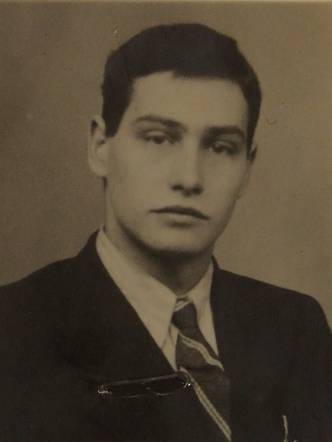