Theodor was born on 14 June 1926 in Rotenburg an der Fulda near Kassel. The orthodox Jewish family lived at Brotgasse 19. His father died in Rotenburg in early 1938. His mother fled with Theodor to Kassel in December 1938, just like so many Jewish families from the surrounding villages after ‘Kristallnacht’. At the end of 1941 his mother was transported to Riga and killed there. His brother Norbert (1922) managed to escape to the USA in 1939, where he founded a family in Lancaster (Pennsylvania).
Theodor himself came to the Netherlands on a children’s transport on 5 January 1939. He had an affidavit for the U.S. and a quota number which meant that he could leave for the U.S. in due course. It never came to that. After his arrival in the Netherlands he stayed in Eindhoven in the Dommelhuis for more than a year. After that, he could go to Driebergen to live with fellow-sufferers and peers. He had to leave there after a month or so, because the Germans confiscated the Kraaybeek house. He moved to the boys’ orphanage on the Amstel in Amsterdam. After two years in the boys’ orphanage, Theodor moved to the youth home for the Jewish Council. Three weeks later he was put on the first transport to Auschwitz, where he was killed eighteen months later on 2 September 1942. 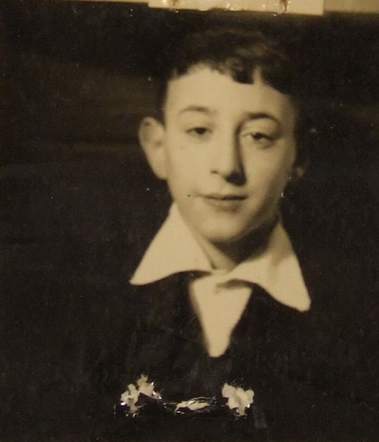