Edith was born on 21 December 1924 in Augsburg. Edith, her father and her brother Leo (1922) came to the Netherlands together on 12 February 1939. Her mother stayed behind in Augsburg. Father Hermann went into quarantine in Rotterdam at Heiplaat for a month and then left for Amsterdam. For the preparation of Jewish Passover her father, who lives in Amsterdam, applies for leave for Edith for the period 19 April to 1 May 1940. She gets permission for five days of leave from the Ministry of the Interior, section Armwezen.                              By the end of 1940 she was given a place in the Werkdorp. Four months later eviction took place and in the spring of 1941 Edith returned to Amsterdam and found shelter with the Cohen family. On 6 July 1942, she started working in the canteen of the Jewish Council at the Expo Department at Jan van Eyckstraat 15 in Amsterdam. Because of this job she had a ‘sperr’. By the end of September 1943, she was arrested and transferred to camp Vught. Via Westerbork she was put on transport to Auschwitz on 25 January 1944, where she was murdered immediately upon arrival on 28 January.

Her father suffered the same fate as Edith, he was also transported to Auschwitz on 25 January 1944 and was murdered immediately upon arrival. Edith’s mother was transported from Augsburg to Auschwitz in 1943, where she was murderd.
Leo was arrested in April 1943 and brought to Westerbork on 21 April 1943. On 6 May he was reported missing. He escaped and continued under the name Lodewijk Smulders, presenting himself as a teacher employed by the Jewish Council. He left for Paris and joined the Jewish resistance group, which also included the workforces Anna and Gerhard Sperber and Ernst Asscher. He was arrested in Paris and ended up in Buchenwald camp via Drancy camp and from there transported to Theresienstadt. He survived the war and emigrated. 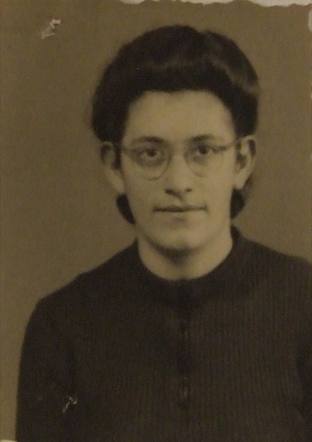