Kurt Wiener was born on 17 October 1915 in Kattowicz in Poland. He fled Nazi Germany in the spring of 1938 and reported to the Work Village. He was among the 60 people who stayed when the Werkdorp was evacuated on 20 March 1941. After the final closure, he went to live and work in Hoogwoud. He was forced to leave after the Germans announced that the district Noord-Holland had to be made `Judenrein` in April 1942. Via Deventer he ended up in Almelo.

Kurt was arrested just like Amalia Frankenhuis’ father and from 21 August 1942 he was in the Overvest labour camp in Kesteren. In Westerbork camp Kurt married Amalia the day after his arrival on 5 October 1942. Her father Eduard and her mother Fenna Roos witnessed the marriage. Two weeks later Kurt and Amalia were transported. Amalia was murdered immediately upon arrival in Auschwitz. Kurt after several months of compulsory labour on 28 February 1943. His parents were both killed in 1943. 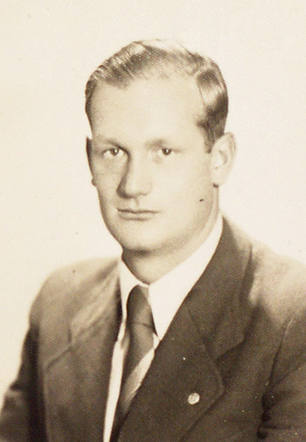