Hans Fritz Maier was born on 23 January 1922 in Hörden, Germany. Hörden is situated 90 kilometres northeast of Kassel. Hans Fritz’ father died in 1933 at the age of 42. Hans Fritz emigrates to the Netherlands with his mother and grandmother. He is 14 years old at the time. They settle in Amsterdam on the Euterpestraat, now the Gerrit van der Veenstraat.

In the autumn of 1940 he obtains a place in the Werkdorp and starts working as a farmer. After the Werkdorp was evacuated on 20 March 1941, he moved back in with his mother and grandmother, on Achillesstraat. On 11 June Hans Fritz was arrested during the second razzia in Amsterdam. He and 60 others are first taken to camp Schoorl. There he is selected on the basis of age, health and having four Jewish grandparents. Together with 56 other Werkdorpers, he was taken to camp Mauthausen as part of a group of 300 Jews. After three months hardly any of them are alive. Hans Fritz is murdered on 29 September 1941.

His grandmother, Zerline Stengel (1858), was transported to Auschwitz on 21 September 1943 (she was 85 at the time) and was murdered immediately upon arrival. Fritz’ mother survived the war in hiding and died in Amsterdam in 1954. 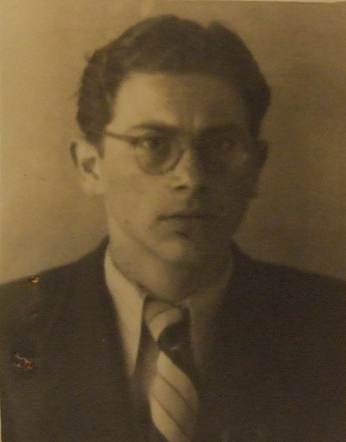