Hans Wolfgang Orbach was born on 17 December 1924 in Dresden. His father died in 1938. His mother planded to go to England. It never came to that. On 21 January 1942 she was transported from Dresden to the Riga-Kaiserwald camp and was murdered immediately upon arrival.

Hans wanted to become a car mechanic; he became an electrician. He came to the Netherlands on a children’s transport. He had just turned 14 at the time. After a number of children’s homes, he arrives in camp Westerbork in July 1940. This was still a refugee camp and not yet a ‘Durchgangslager’. Two months later, at the age of 15, he was sent to the Werkdorp. There he worked as a farmer. After the evacuation of the Werkdorp, he came to live at Jekerstraat 21, as a neighbour of  the twelve Werkdorp people living at number 5. He was on the list of the first transport to Auschwitz. Hans Wolfgang was rounded up and a month after his arrival in Auschwitz on 19 August 1942 he was murdered. 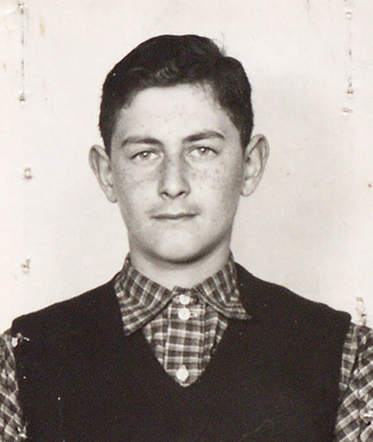