Wolfgang Ollendorf was born on 27 April 1910 in Breslau.
He arrived in the Working Village in the summer of 1937. He worked in agriculture. Wolfgang’s mother moved from Breslau to Tormersdorf, 180 kilometres to the east of Poland and on 30 August 1942 was transported to Theresienstadt. There she was murdered on 16 October 1942. The fate of Wolfgang’s father is unknown.

In the summer of 1939 Wolfgang finished his two-year training, but did not join the group of Werkdorpers who went to Palestine on the ship Dora. After the evacuation of the Werkdorp on 20 March 1941 Wolfgang lived with 11 other Werkdorpers with the Abraham family at Jekerstraat 5-II. Shortly before the second razzia in Amsterdam he moved to Merwedeplein 1a.

He belonged to the June group. That is to say, he was one of the 61 Werkdorpers who were rounded up during the second razzia in Amsterdam on 11 June 1941 and who were deported to camp Schoorl, some of them thinking they were going back to the Werkdorp. In Schoorl, they were selected on the basis of their health, age and whether they had four Jewish grandparents. Wolfgang was one of the 57 workmen who were sent on to camp Mauthausen, where they were all killed. Wolfgang was murdered on 27 August 1941. 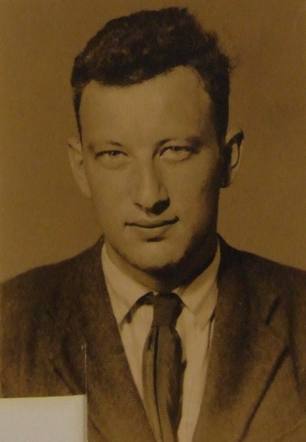