Hans Magnus Pinkus was born on 2 July 1923 in Delitizsch. After Kristallnacht, Hans Magnus’s father was arrested and spent several weeks in Camp Sachenhausen. His brother Erich (1912) was imprisoned in Buchenwald. Both returned to Leipzig. But three years later Hans’ parents were transported to Riga, where they were murdered on 21 January 1942. Erich suffered the same fate as his parents. He was transported to Riga from Leipzig and was killed on 21 January 1942.

Hans Magnus was sent to the Netherlands in early 1939 at the age of 15, hoping he would be better off there. He was trained as a farmer. After the Werkdorp was evacuated on 20 March 1941, he found shelter with family, with Philipp and Goldine Pinkus. About six months later Hans Magnus was arrested in Amsterdam on suspicion of fraud and embezzlement of money on 19 December 1941. He remained in custody until he was transferred to camp Westerbork on 10 January 1942. On the first transport he was taken to Auschwitz, as was his niece Ilse Senta, the daughter of Philipp and Goldine Pinkus. She was killed immediately upon arrival. It is not known when Hans Magnus was killed. 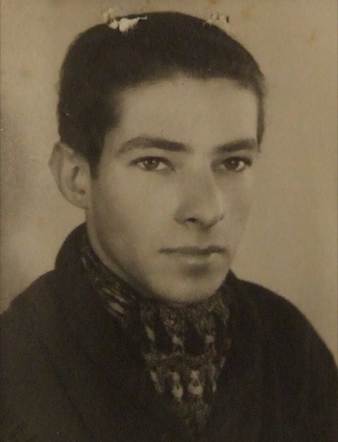