Heinz Erwin Ehrlich was born on 23 July 1920 in Dresden. Immediately after Kristallnacht, Heinz was arrested and transferred to Buchenwald camp. He remained there until December 1938 and fled after his release to the Netherlands, where his mother had been living since June 1938. His father died in 1925.

By the end of February 1939, he reported in the Werkdorp and started working as a farmer. After the Werkdorp was evacuated on 20 March 1941, Heinz did not immediately move in with his mother on Nieuwe Kerkstraat. He was initially taken in by the Rosenbaum family.

Heinz’s mother reported the loss of emigration papers for her and her son to the United States on 21 July 1941. The police said that the consul would be informed. Like Heinz, his mother went on the first transport to Auschwitz. She was killed there on 30 September, Heinz on 21 August 1942. 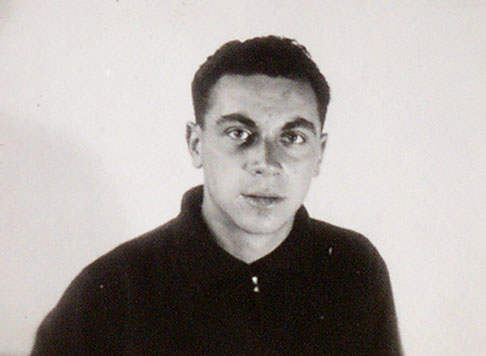