Erwin Eichengrün was born on 29 June 1924 in Dinslaken, a town in the Ruhr area just above Duisburg. Erwin has an older sister Thea Dorothy (1920).

In Dinslaken his mother had a hat shop and his father a fur and leather shop. His mother had to close the hat shop on the 1st of September 1936. Erwin’s father officially closed the fur and leather business on 23 December 1938. The parents had already left for Essen on 12 October 1938. His sister Thea (8 June 1920) had already emigrated to the USA with her husband Erwin Stiefel. They fled in March 1938. After Crystal Night, early December 1938, Erwin left Essen for the Netherlands.

He worked as a farmer in the Werkdorp. After the Werkdorp was evacuated on 20 March 1941, he was able to move in with an aunt -Selma Eichengrün- on Deurloostraat in Amsterdam. Like his sister, his parents fled. They left via the Netherlands in 1941 to the U.S.A. They and his sister survived the war. When the parents died is unknown, sister Thea died in 2014 in Overland Park (U.S.A.) at the age of 94. In May 1942, Erwin joined the work force gathered in the Youth Home for the Jewish Council. He was on the list of the first transport to Auschwitz and was murdered within three months of arrival on 30 September 1942. 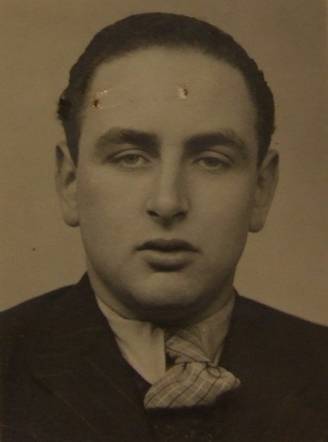