Herbert Littmann was born on 25 September 1919 in Berlin.

His mother died on 18 October 1936. His father and he fled to the Netherlands on 1 December 1936 and Herbert immediately went to the Werkdorp. His brother also came to the Werkdorp six months later. He had been able to live in Berlin with his sister Margot (1912) and her husband for a long time.

Herbert worked as a blacksmith in the Werkdorp. After the Werkdorp was evacuated, he came into a foster family on Holendrechtsstraat in Amsterdam. Herbert was arrested during the 2nd razzia in Amsterdam on 11 June 1941 and was transferred to the internment camp Schoorl. From there they went to Mauthausen together with 57 Werkdorpers in a group of 300 Jews. Most of them were killed within three months. A number of them were sent on to Slot Hartheim, which later turned out to be the experimentation centre for killing people. After the most horrible medical experiments, Herbert was murdered on 12 February 1942.

Fate of the Family

His brother Fritz was transported to Sobibor on 25 May 1943 and was killed immediately upon arrival. Sister Margot (1912) left Germany on 13 May 1939 with her husband on the St. Louis with destination Cuba. They were refused entry into Cuba and the USA. This means they have to return to Europe without success. Margot and her husband are admitted to the Netherlands on 18 June 1939. In February 1940 she and her husband are taken to Westerbork. On 4 September 1944 they are transported to Theresienstadt and from there to Auschwitz on 1 October 1944. She lived to see the liberation of Auschwitz, but during the death marches in Central Europe on 28 February 1945 she died as a result of all the hardships.

Father Julian emigrated to the Netherlands with Herbert on 1 December 1936. On 29 June 1943 he was arrested in Amsterdam and taken to Westerbork. He was transported to Auschwitz on 8 February 1944, where he was killed immediately upon arrival. 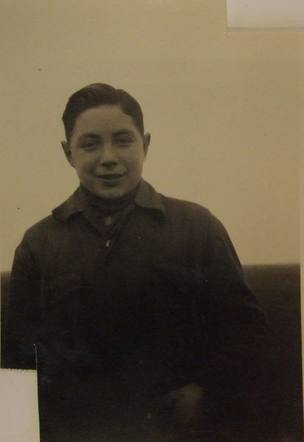