Max was born on 6 May 1919 in Vienna. He is the middle one in a family of 5 children. His parents lived at Jägerstrasse 30 in Vienna. On 19 February 1941 they were deported to Kielce, where they were both killed.

Immediately after the war Kielce also proved not to be a safe place for Jews. On 4 July 1946, fourteen months after the end of the Second World War, a pogrom took place in Kielce in which 42 Jews were murdered. Most of them were Jews who had fled and thought themselves safe in Kielce. This pogrom became the catalyst for many Jews who had escaped the Holocaust to flee Poland.

In the summer of 1938, Max fled Austria, which had been annexed by Nazi Germany in March 1938. His eldest sister Therese Resi (1915) flees to England and survives the war there. His sister Fanny (1916) died in 1920. Brother Kurt (1922) fled to Italy and survived the war. His youngest sister Gertrude Taudi (1930) also survived and emigrated to Israel.

After it had become clear that the district North Holland had to be made ‘Judenrein’ by the Germans, Max left for Deventer where he and other pioneers found a first shelter. Two weeks later, he left with a number of pioneers for Almelo. From there, he looked for work in the area.

Just like Hans Joachim Meyer, Kurt Winter and Kurt Salo Wiener, Max Löwinger also received a summons in Almelo to report for the ‘Arbeiteinsatz’. On 10 September 1942, the mayor of Almelo, in the General Police Gazette, no. 36 notice 1799, requested the search, arrest and arraignment of Max Löwinger, a farmer. He had left his place of residence without the required permit. This is how Jews are referred to who had gone into hiding. Via labour camp the Bruine Enk in Nunspeet he was transported to Westerbork. A year later, in September 1943, Max was transported to Auschwitz and put to work in Monowitz, where he was killed in early December 1943. 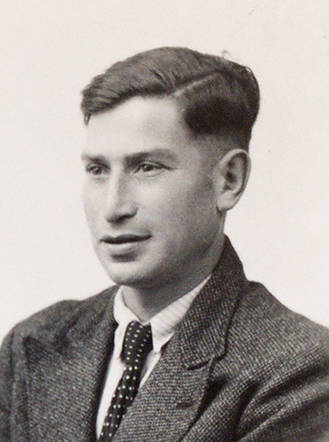