Fritz Littman was born on 7 February 1921 in Berlin. He has an older brother Herbert (1919) and an older sister Margot (1912). His mother Gertrud died on 18 October 1936 in Berlin. His father and Herbert fled to the Netherlands in December 1936. Fritz stayed with sister Margot and her husband for a while, and left for the Netherlands in the summer of 1937, going straight to the Werkdorp. He is 16 years old at the time. In the Werkdorp he is trained to be a cabinetmaker. Neither Fritz nor Herbert took the step of going to Palestine with the Werkdorpers on the Dora in the autumn of 1939. Perhaps frightened off by sister Margot’s experiences with the St. Louis. After the evacuation of the Werkdorp he was taken in on Volkerakstraat in Amsterdam. From 15 June 1941 he worked as an administrative assistant at the Expositur at Jan van Eyckstraat 15. This postponed his going on transport until May 1943. He then went as a punishment case directly from Amsterdam via Westerbork to Sobibor, where he was killed immediately upon arrival on 28 May 1943.

Fate of the family

His brother Herbert belonged to the June group, the 57 workforces that were rounded up during the 2nd razzia on 11 June 1941 in Amsterdam and deported to Mauthausen via the internment camp Schoorl. Herbert was subjected to the most horrific medical experiments in Slot Hartheim near Mauthausen. He was murdered on 12 February 1942.

His sister Margot (1912) left on 13 May 1939 with her husband on the St. Louis with destination Cuba. They were refused entry and had to return to Europe. Margot and her husband are admitted to the Netherlands on 18 June 1939. In February 1940 she and her husband are taken to Westerbork. On 4 September 1944 they are transported to Theresienstadt and from there to Auschwitz on 1 October 1944. She lived to see the liberation of Auschwitz, but during the death marches in Central Europe on 28 February 1945 she died from all the hardships she had to endure.

Father Julian fled to the Netherlands together with Herbert on 1 December 1936. On 29 June 1943 he was arrested in Amsterdam and taken to Westerbork. He was transported to Auschwitz on 8 February 1944, where he was killed immediately upon arrival. 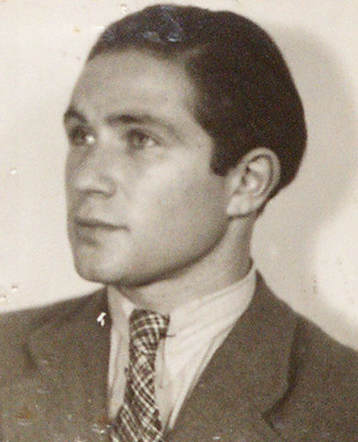