Wolfgang Lissauer was born on December 14, 1921 in Hamburg. His parents are divorced and immediately after Kristallnacht on November 9, 1938 the mother Senta decides that there is no future for her children in Germany. Wolfgang came with his sisters Ruth (1924) and Beatrice (1925) on a children’s transport to the Netherlands.

During his first year in Holland, Wolfgang stayed in children’s homes and arrived at the Werkdorp on 12 December 1938. He was educated there and worked in agriculture. He was not a Zionist. After the Werkdorp was evacuated on 20 March 1941, he was taken in by the Poliadkoff foster family on van Baerlestraat in Amsterdam. After six months he moved to Jekerstraat, where he was in the company of 10 other Werkdorp people. He did not join the Werkdorpers in the youth centre of the Jewish Council, which opened its doors on 10 November 1941. In July 1942, he was put on the list for the first transport to Auschwitz. He was killed there on 30 September 1942.

Wolfgang’s mother was transported to Litzmannstadt (Lodz) on 25 October 1941 and was killed there. The fate of his father Frido is unknown. His sisters Ruth and Beatrice both lived in Arnhem in 1942. In December 1942, Ruth was arrested and taken to Westerbork, and on 3 March 1944 she was transported to Auschwitz, where she was killed on 31 July 1944. Beatrice was arrested on 26 July 1943 and taken to Westerbork, but was not transported and emigrated to England after the war. 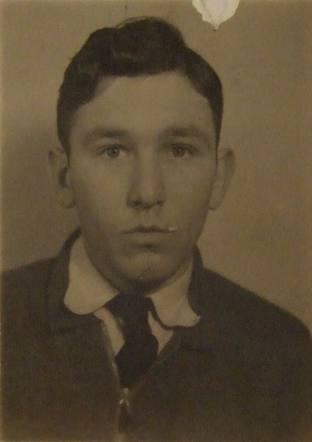