Herbert Meyerstein was born on 12 June 1922 in Göttingen. He grew up in a family with two children and has an older brother Heinz (1920). In the summer of 1939, Herbert fled to the Netherlands and via the Deventer association he went to live with a farmer in Enschede and Brummen. At the einzelhaschshara a Palestine pioneer trains himself for two years in farming in order to be prepared for life in Palestine.

Just before the outbreak of World War II in the Netherlands, Herbert moved to the Werkdorp. In the Werkdorp he received training and worked as a banker. After the Werkdorp was evacuated on 20 March 1941, he found shelter with the Ziekenoppasser family. Herbert was put on the list for the first transport on 15 July 1942 to Auschwitz. He was killed on 29 August 1942.

His parents left Hannover on 31 March 1942 – they were already in the Ahlem assembly camp – for Warsaw and were declared dead after the war. His brother Heinz Meyerstein (1920) joined the Westerweel group, a resistance group consisting of Jewish and Christian members in the Netherlands and fled via Belgium to France and over the Pyrenees to Spain. Together with a large group of Palestine pioneers, including many Werkdorpers, they took the boat from Cadiz and arrived in Palestine at the end of 1944. 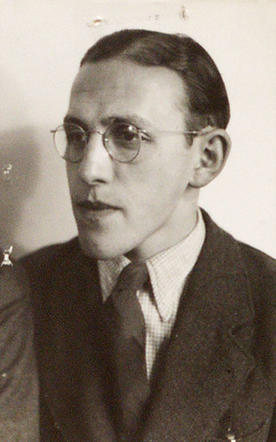